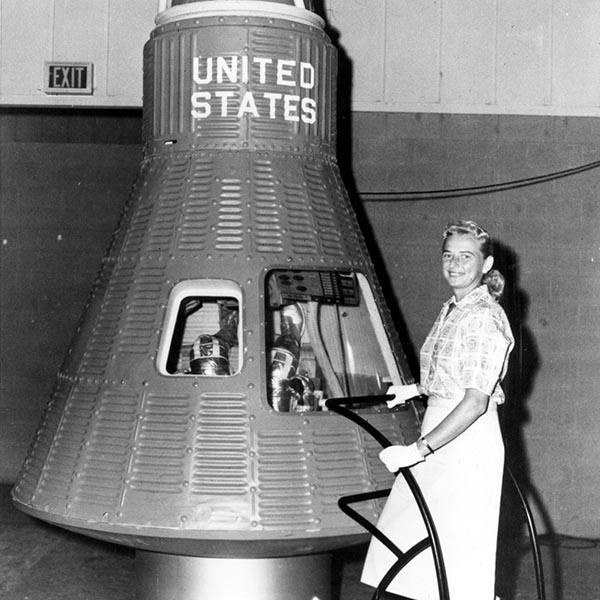 A Man Goes Into Space

When U.S. President Kennedy took office in 1961, he had little interest in space exploration. But that changed when America's greatest rival, the U.S.S.R., succeeded in putting the first man in space. On April 12, 1961, 27-year old Yuri Gagarin boarded the Vostok 1 space capsule, rocketed beyond the atmosphere and became the first person to fully orbit the Earth.

This unprecendented feat astounded the world, and made America at large accutely aware that they were falling behind on the frontier of space. It was that spark of realization which would ignite one of the greatest competitions in human history: the Space Race. 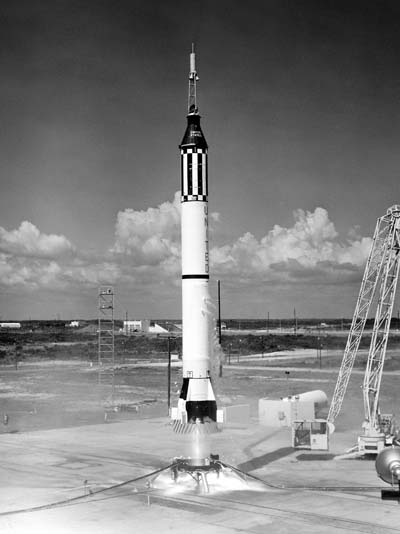 Astronaut Alan Shepard lifts off in the Freedom 7 Mercury Mission

The space race was an incredible thing. The worlds two biggest super powers, locked in fierce competition to claim the skies. A great struggle between nations that did not lead to destruction or bloodshed, but to one of the richest periods of technology advancement that the human race has ever known. From that first manned space flight in 1961, to the first man walking on the moon in 1969, there was a frenzy of cutting edge research and daring experimentation.

In many ways it seems like our drive to explore space has waned in the past couple of decades, with space launches becoming routine, and the moons and planets around us becoming more familiar. But all that might be about to change. Private space exploration is doing some amazing work, and it appears that interest in space is set to skyrocket (pun intended) in the coming years and decades. With companies like SpaceX endeavouring to put a man on Mars as soon as possible, space exploration is starting to get exciting again!

Reaching for the Stars

Which brings us to Project Mercury. The space race produced a litany of amazing accomplishments and milestones, but Project Mercury represents a moment of truth for humanity in space. Before Project Mercury, we could only speculate about the effects that exposure to space might have on a human being. And we had plenty of reason to speculate that the effects could be very dangerous, even fatal. We now had the technology to put people into space - but would they survive? And could we bring them back alive and well?

In order to answer these questions, Project Mercury was formed by NASA in 1958. After experimenting with a variety of one-man space craft, a ballistic re-entry capsule was developed and the first astronauts began training for space flight. But NASA was not alone in it's efforts - the Soviet's competing Vostok program was also working hastily to put a man into space. And ultimately they were the first to succeed with Yuri Gagarin's successful ground breaking orbit. 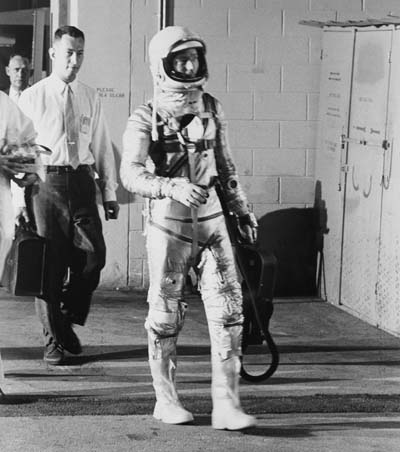 America's Mercury program would get it's own taste of victoy just a few short weeks later. On May 5, 1961, astronaut Alan Shepard became the first American to venture into space. It was a great moment in American history, and it made clear to the world that the competition for space was heating up. NASA went on to fly 5 more Mercury missions, and the knowledge and experienced gained from these missions would soon take us to the moon and beyond.

Alan Shepard's first successful flight had officialy put America into space, but NASA was just getting started. Astronaut Virgil "Gus" Grissom would repeat Shepards flight that July, and on Feburary 20, 1962 astronaut John Glenn became the first American to orbit the planet. Like Shepard, Glenn's brave feats would make him a national hero. He received a ticket tape parade in New York City, and was awarded the NASA Service Medal by President Kennedy at a parade at Cape Canavaral.

Glenn's orbital flight was repeated 3 months later in May by astronaut Scott Carpenter. That October, astronaut Walter M. Schirra Jr. doubled down by orbitting the planet 6 times, and in May of 1963 astronaut Gordon Cooper would push the limits of the space capsule's abilities by spending over 32 hours in space and completing a dizzying 22 orbits.

Project Mercury was concluded after Cooper's safe return. With the new found confidence in man's ability to travel into space and return safely, and it was time to move on from single-person space flight to multi-person space vehicles.

While Project Mercury's chapter in space history had come to a close, it's legacy as the moment at which America became a space faring nation will live on. In just a few short years, we had proven that a person could be taken into space and brought back safely. Thanks to the success of Project Mercury, humanity had set it's sets on a new and even greater goal: the Moon. On September 12, 1962, President Kennedy declared that "We choose to go to the moon" in a speech that would prove to be prophetic.

It was a rallying cry that would see human beings landing on the moon less than a decade later - a possibility that could not have been realized were it not for the dedication and courage of those first astronauts who ventured into the great unkown. 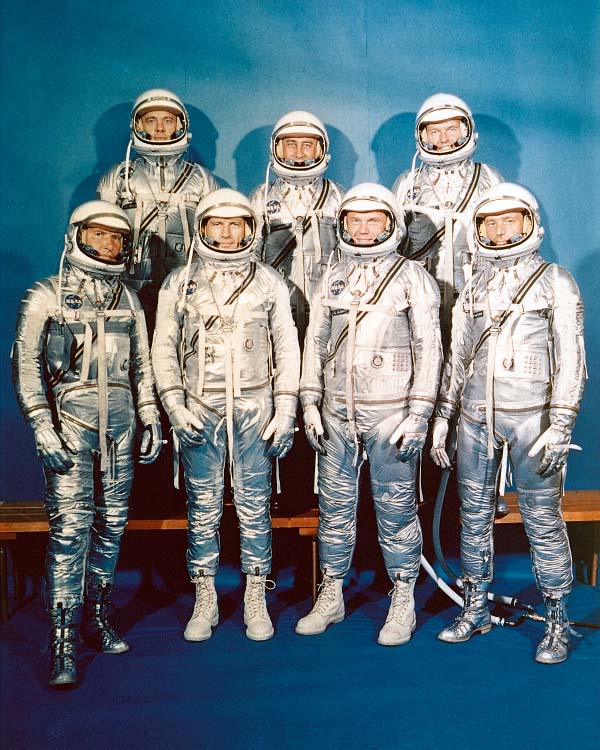 Today we are still progressing down the path that Project Mercury opened up to us, and along the way a great many new things have been achieved. We've landed on the moon many times, and sent dozens of probes to explore more distant bodies. The Cassini probe finished it's 19 year run with a spectacular dive into Saturn, the Voyager 1 probe continues to beam back information years after leaving our solar system, the Curiosity probe is still chugging along on Mars - and if SpaceX has it's way, humans are soon to follow. The Space Race is over... but the Space Age awaits!