Posted on October 1, 2017 in History of Inventions 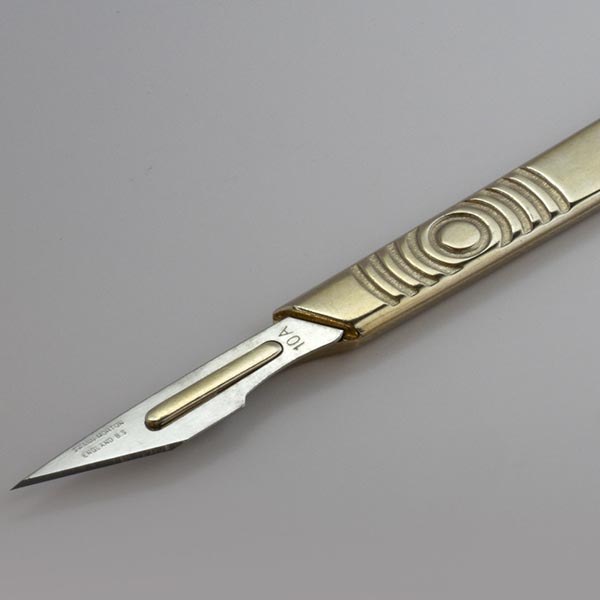 The Scalpel in Ancient Times

The modern word "scalpel" is derived from the Latin "scallpellus", a term that arose during the height of Roman surgical knowledge and skill. The Romans excelled in the production of blades. Combined with their high level of education, it was only natural that they would refine the instrument as well as how it's used. Borrowing extensively from eachother's knowledge and experience, together the Romans and Greeks reached a zenith of medical prowess that would remain unmatched for centuries. 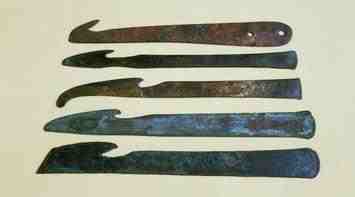 The first known description of a surgical knife comes from the great greek physician Hippocrates, but evidence of the use of blades in medicine has been found from as far back as the Mesolithic period about 10,000 years ago. And the modern scalpel isn't really all that different from the "macairion" that Hippocrates described. The fundamental features - a handle, a cutting blade on a single edge and a sharp, straight point at the end - remain unchanged.

While the appearance of the scalpel has changed remarkably little in over 10 millenia of use, what has evolved tremendously is the way that modern medicine uses this simple but powerful tool. The practice of medicine in ancient times was, for lack of a better word, barbaric. A poor understanding of anatomy and biology led to people to make wild guesses as to what caused ailments, and how to treat them. The earliest known attempts at surgery involved using flint knives to bores holes into the skull, beleiving that this would release evil spirits. Even just a few centuries ago during the Dark Ages, "blood letting" was a common medical practice. Thankfully, today the scalpel is used much more conservatively.

For centuries, medical technology and practices languished in ignorance. Our understanding of our own biology progressed slowly, and it was not until the 1800s that people began to understand the importance of sanitation in preventing disease and reducing infection. The emergence of this understanding was a crucial breakthrough, and in the following decades humanity would lay the foundation of modern medicine with such vital developements as antibiotics, vaccines and anesthesia. 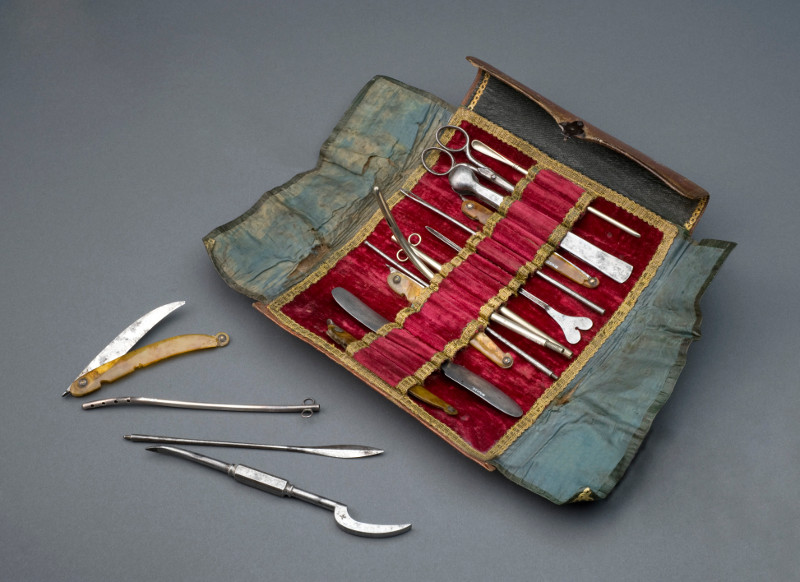 As mankind entered the industrial era, the quality of metals and crafting materials began improving rapidly. Not only did the quality of blades themselves improve, but the ability of people to exchange information improved as well. So while the evolution of the scalpel closely follows the evolution of blades & cutlery in general, increased sharing of medical knowledge has also been a major driver for improvements.

Over time, new alloys and better construction have lead to smaller, more portable tools with sharper and more precise blades. For surgical blades in particular, sharpness is a crucial factor. The sharper a blade is, the cleaner and more precise a cut it can make, and quicker the resulting wound can heal. Of course that isn't the only concern - there's also the blade's shape, balance, rigidity and overall reliability.

The surgical scalpel as we know it today was invented by the Bard-Parker Company and patented in 1915. It features a specialized handle with an interchangeable blade made from modern stainless steel alloys, a concept that was inspired by the disposable shaving blades developed by King Gillette in the early 1900's.

In 1910 Dr John B. Murphy of Chicago perfected the specialized handle, and in 1914 Morgan Parker made the combination technically efficient when he found an ideal way to join the blade & the handle. Over the following decades there have been additional adaptations and refinements, but the specialized handle and disposable blade design that was perfected nearly a century ago remains largley unchanged.

Today, the scalpel is a highly standardized medical instrument. The handles (often called "B.P. handles" after the Bard-Parker Company) are reusable, but the blades are only used once and then replaced. There are a variety of different blades, with with a standard shape and specific use. For example, a No. 11 Blade has a triangular shape while a No. 12 blade has a curved, crescent shaped. There are now dozens of different standard blades in use in modern surgery. 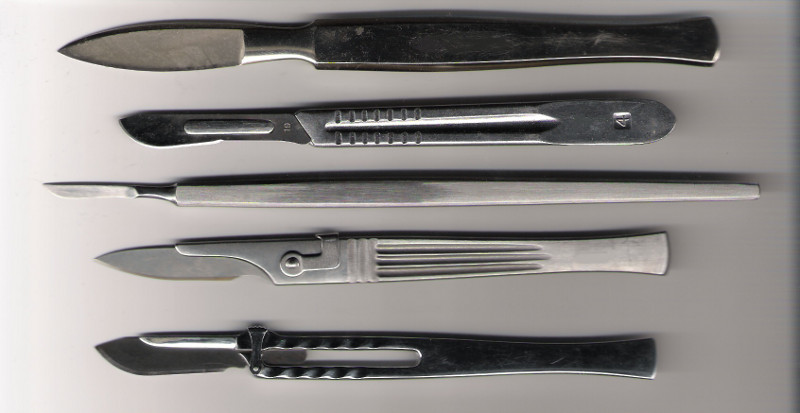 An assortment of modern surgical scalpels.

The scalpel is a unique case of the evolution of modern technology. Unlike other fundamental early inventions like the wheel, which gave us our earliest modes of transportation and paved the way for the bicycle and eventually the automobile, the scalpel is only still essentially just a blade. Yet it's history is just as rich, and despite over 10,000 years of refinement mankind continues to find new ways to improve not only the tool, but the skill with which it is wielded.